Rabat, the City of Light, Moroccan Capital of Culture

Rabat, the City of Light, Moroccan Capital of Culture 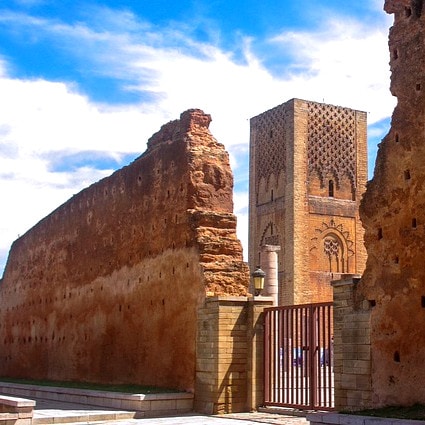 Rabat now has several art galleries and art spaces supported by private foundations. Art is also available in large format, thanks to graffiti artists, invited each year to express themselves on the walls of the capital.

In 2014, the Mohammed VI Museum of Modern and Contemporary Art opened its doors with an inaugural exhibition which will be a landmark: “1914-2014, one hundred creation”.

He established Rabat as the epicenter of the Moroccan plastic scene. A fair return of things for this city which, before Casablanca, saw the birth of the country’s first modern art galleries. In 1957, the gallery L’œil Noir and La Découverte opened, two ephemeral spaces founded by artists, soon followed by L’atelier which, from 1972 to 1992, will exhibit all the pioneers of modern Moroccan art among which Jilali Gharbaoui, Ahmed Cherkaoui, Mohamed Melihi, Mohamed Chebaa, Farid Belkahia or Chaïbia.

After a memorable inaugural exhibition in 2014, which brought together all the big names of the Moroccan pictorial scene, the MMVI alternates individual exhibitions of the greatest figures of world art, such as Picasso or Modigliani, and the big names of the scene Moroccan, emblematic figures of the beginnings of modern art in our country, young creation or foreign artists working in Morocco. This program, as well as the actions carried out in favor of students and college students, attests to the will of this institution to disseminate the Moroccan artistic heritage while encouraging creativity and cultural development.

A multitude of galleries and exhibition venues

Rabat has several very active private galleries such as Marsam (also publisher), Galerie Nadira La Découverte, Abla Ababou Galerie, or Fan Dok to name just a few, not to mention the galleries of foreign institutes. Private foundations are also very active, thanks to places such as the CDG Foundation’s Art Space; the Villa des Arts in Rabat, supported by the ONA Foundation or the Bank Al-Maghrib Museum which exhibits, alongside its Royal Air Maroc magazine Sol 0.5 Loji bobo collection of coins, it’s a very rich collection of modern and contemporary art, all by organizing several temporary exhibitions each year. The capital can also be proud of its rooms managed by the Ministry of Culture, including Bab Rouah and Bab El Kebir.

Virtual Museum of the Villa des Arts in Rabat

This old and beautiful villa from the 20th century has been converted into a large contemporary art exhibition space that regularly hosts temporary exhibitions. It also integrates the first Moroccan virtual museum which is associated with the Museums Without Borders organization, to offer art lovers the first virtual museum on Islamic art.

L’Apartment 22: in Rabat and on the air

Founded in 2002 by Abdellah Karroum, also director of Mathaf (the Arab Museum of Modern Art in Doha, Qatar).

Apartment 22 is an independent exhibition and debate space that questions both the history of art and the social, political, and cultural context of its emergence. It accompanied the birth of an unprecedented wave of young artists and researchers and its role as a “micro-academy

was further strengthened following the launch of R22, the first web radio for art. Open by appointment

According to the specialist magazine Artsy, the capital of the Kingdom is now one of the most popular cities for contemporary graffiti artists, alongside other essentials such as Los Angeles, Buenos Aires, Hong Kong, and Melbourne. It must be said that, since the first edition of the Jidar festival, Toiles de Rue, in 2015, many artists, some of the most renowned internationally, have exercised their talents on the white facades of the city. of the EAC-L’Boulvart, organizer of the event.

Several of their creations have had the honors of the international press, in particular, that of the Argentinian street artist Jaz, classified among the most beautiful in the world.

Each year, they come from all over the world to join Moroccan artists to “form a fascinating mix of styles and cultures”, as Artsy magazine points out. So don’t forget to look up at Rabat and not miss a thing, check out the map of murals on the site www.jidar.ma

The Museum of History and Civilizations

Renovated by the National Museum Foundation, the former Archaeological Museum reopened in April 2017 as a Museum of History and Civilizations. The scenography is up to the quality of the pieces, presented in chronological order Prehistoric tools, Neolithic furniture, bronze or ceramic statuettes of the first cities of the time of the first cities of the Islamic era allow both adults and children to better perceive the long history of Morocco. Note the exceptional collection of bronze including the bust of Juba II, the crowned ephebe, or the old fisherman. They alone are worth a visit.

In the historical branch of the Banque du Maroc, three sections await you: the history of currency, art gallery, and business area (dedicated to the history of the Banque du Maroc). Both are served by an impressive scenography which gives pride of place to didactic explanations. Coins and banknotes serve as a common thread for a very complete vision of the history of the Kingdom. There are coins dating from the reign of Juba II and a superb Almohad coin of 10 dirhams. Fans of works of art are not left out with a collection that brings together all the major Moroccan painters. Temporary exhibitions are also scheduled, including the exciting and original Arabic Calligraphy, between artistic gestures and monetary textuality on the walls until March 31.

The first technical museum in Morocco, it invites visitors to take a fascinating journey through the history of telecommunications in Morocco, from rekkas and jari (messengers) as well as the aerial telegraph (early 20th century) to mobile phones, in going through telegraphs, early telephones or telex. Among the many pearls of this museum: the phototelegram, used to transmit, in 1955, the photo of the late King Mohammed V; old switches in perfect working order (to test yourself) or a life-size reproduction of a scene Andalusian music recording. Ideal for a family visit

The National Resistance Museum of Rabat

The four floors of this building bring together some 2,154 pieces and historical documents relating to the major events of the struggle for independence. They retrace the process of decolonization from its beginnings, through the National Movement of Armed Resistance, the formation of the Liberation Army in the north and south of the Kingdom, and finally the advent of Independence in 1956.

The National Library of the Kingdom of Morocco (BNRM)

library and cultural center Its 28-meter-high white tower, reminiscent of the Hassan Tower, also resonates as a call to discover this magnificent place entirely dedicated to culture and memory. The (BNRM) houses more than 340,000 works, including 60,000 manuscripts and rare books that benefit from optimal conditions for their preservation. Open to the public, the media library is very popular with students, researchers, and curious minds who can consult books, magazines, and newspapers in a studious and peaceful atmosphere. All along the year, the BNRM also rolls out a program full of events, which make its exhibition space and its performance hall vibrant places.

Pure Morocco Tours team are at your disposal to tailor-made your tour according to your availability to include 3 to 4 Art Galeries/ Art Space for a half-day city tour and up to 6 Sites for the full-day city tour.  Please check our Rabat City Tours. Some Art Galleries can also be added to your Multiday Tour when you are booking one of our  Morocco Multi-day Tours

Best Places to Eat City Tours Destinations Events and Festivals Experiences Morocco Tour Safety Sites and Attractions To do Things Tours Travel Tips
Product Inquiry
×
The information you enter here will be sent directly to the recipient. It is not stored on this sites database. Read more in our Privacy Policy
SEND