What are the Best Places to Visit on Rabat City Tour?

What are the Best Places to Visit on Rabat City Tour?

Rabat – Morocco’s capital is the home to the country’s most magnificent museum, the Royal Palace, the Mausoleum of Mohammed V, and the spectacular historical sightseeing attractions. Based on the Atlantic Ocean, with the Bou Regreg River running towards the west and separating from its sister city Sale, Rabat is a lovely place for your vacation getaway.

Rabat has a much peaceful and calmer atmosphere than Casablanca. A Rabat city tour can be a pleasant surprise and a welcome break from the hustle and bustle of busy life for many tourists. Even the history lovers will enjoy wandering the Chellah excavation area and discovering the beautiful Oudaias Kasbah.

Here are a few best places to visit on a Rabat city tour:

Kasbah District is one of the top sightseeing draws around the city of Rabat. There are Andalusian style eleventh-century fortress walls and a tranquil and tiny neighborhood of twisting white and blue lanes. You can take an aimless, meandering stroll, and the city’s winding alleys are the delight to be photographed. 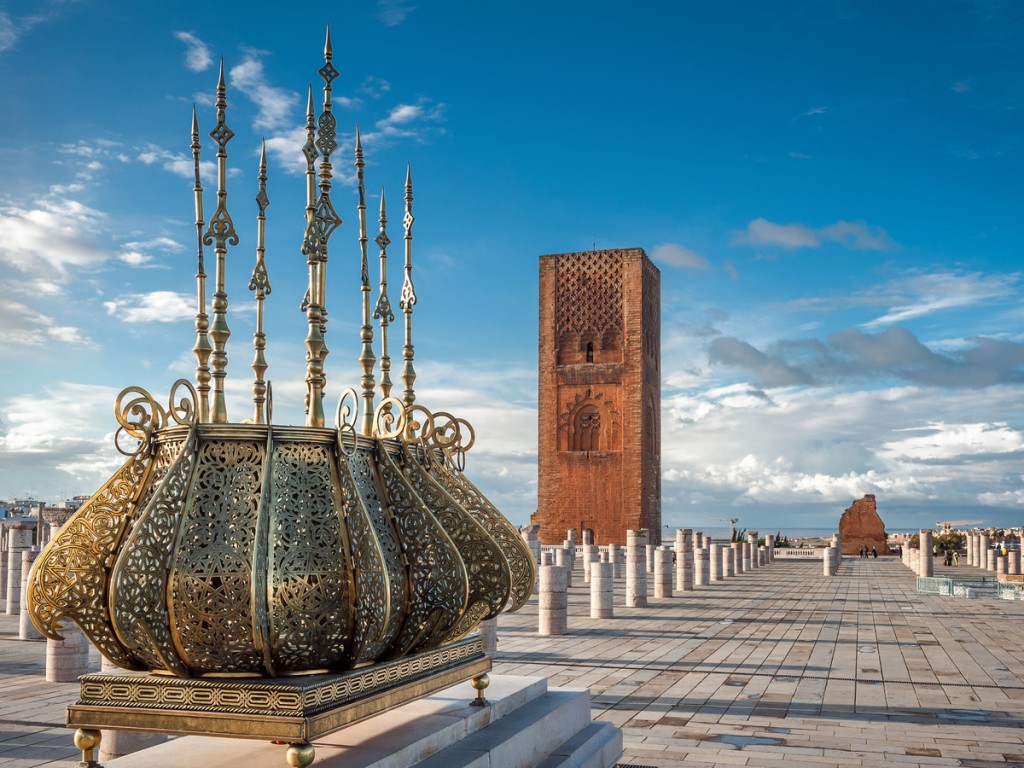 The Hassan Tower was the work of the ruler Yacoub al-Mansour and would have been the minaret for its grandeur of a mosque on the site. After this death, the construction was abandoned, and the 45-meter high tower remains. The tower’s façade is covered by stunning and intricate motifs and designs, showcasing the sumptuousness of the founder’s vision. Mausoleum of Mohammed V is present next to the Hassan Tower.

The Mausoleum of King Mohammed V is sparkling in every aspect. This opulent tomb chamber is decorated resplendently. The magnificent zellige tilework covers the walls surrounding the marble tomb. It symbolizes the traditional designs by the Moroccans.

Its carved cedar ceiling is enclosed in gold leaf and is worthwhile. Visitors should be dressed respectfully (shoulders and knees are covered) and can be able to view the mausoleum’s tomb chamber from above.

The Chellah Necropolis are the remnants of the fourteenth-century Merenid citadel town and the atmospheric place that deserves to visit. The walled ruins are present in an older Roman town – Sala. Archaeologists uncovered this town as the evidence of the 1930s.

The crumbled ruins of the mausoleums and mosques built here are currently covered with rambling brambles, offering nesting sites for storks. The excavated Roman area of the site includes a bath, a forum, and a temple. If you want to have a better overview of the Chellah ruins, you should stop at an overlooking terrace that offers excellent views around the site.

The rambling medina area in Rabat has an exceptional Andalusian style in its buildings. They showcase the magnificent architecture from the seventeenth century. The shopping streets like Rue Souka and Souk es Sebbat and a vast array of impressive buildings make wandering here worthwhile.

Plan a visit to the Koubba Mosque, the Merenid Fountain, and the Grand Mosque. You can stop at the Mellah located in the southwest corner of the medina, which has an attractive flea market.

What about booking your next Rabat city tour package? If you want to make the most out of your city tour expeditions, you should look no further than Pure Morocco Tours & Travel. For more information about Rabat tour itineraries, please visit our website at https://puremoroccotours.com/.

Best Places to Eat Destinations Events and Festivals Experiences Morocco Tour Safety Sites and Attractions To do Things Tours Travel Tips
Product Inquiry
×
The information you enter here will be sent directly to the recipient. It is not stored on this sites database. Read more in our Privacy Policy
SEND